Who, When, Where, Why, What is the KCTC Foundation?

The Kankakee County Training Center for the Disabled, Inc. (KCTC) Foundation has been in existence since 1996. The purpose of the Foundation is to raise funds to support the programs offered by the KCTC. The Foundation is also instrumental in "spreading the word" about what KCTC is all about to the surrounding communities.

While the KCTC Foundation is a legally separate 501 ©(3) charitable, not-for-profit organization, its sole purpose is to support KCTC's Programs. In effect it is the fund-raising arm of KCTC.

The KCTC Foundation raises funds in a variety of different ways. To date they have promoted Big Band Concerts, a nationally known impersonator, annual golf outing, 5-K Annual Box-Trot run, chili suppers, and an annual appeal letter, just to name a few. They actively pursue ideas for new and unique methods of raising funds for KCTC.

The Foundation is operated by a board of directors comprised of a volunteer group of community members who desire to help further the cause of KCTC by giving of their time and abilities. They are the backbone of the Foundation and do whatever it takes to make the fundraising events operate successfully.

To date the Foundation has used some of the funds they have raised to: purchase the bus shelter that sits in front of the KCTC Annex building at 333 Schuyler in Bradley; paid for a total rehabilitation of three sets of restrooms at the Main and Annex buildings on Schuyler Ave. and the KCTC West building on Forrest Ave. in Bradley; purchased a new 74 passenger school bus; bought new chairs for all KCTC consumers, and had a new trophy case constructed, just to name a few. KCTC has greatly benefited from the hard work put forth by the KCTC Foundation. KCTC would not be the successful organization that it is today without the Foundations assistance.

A board of directors that consists of professionals from our community that governs KCTC. The KCTC Foundation is responsible for sponsoring fundraisers, advocating funds, investing of funds, and dispersing funds.

K.C.T.C Foundation Board of Directors 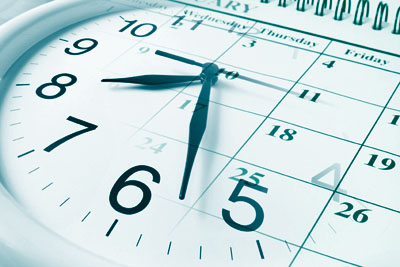